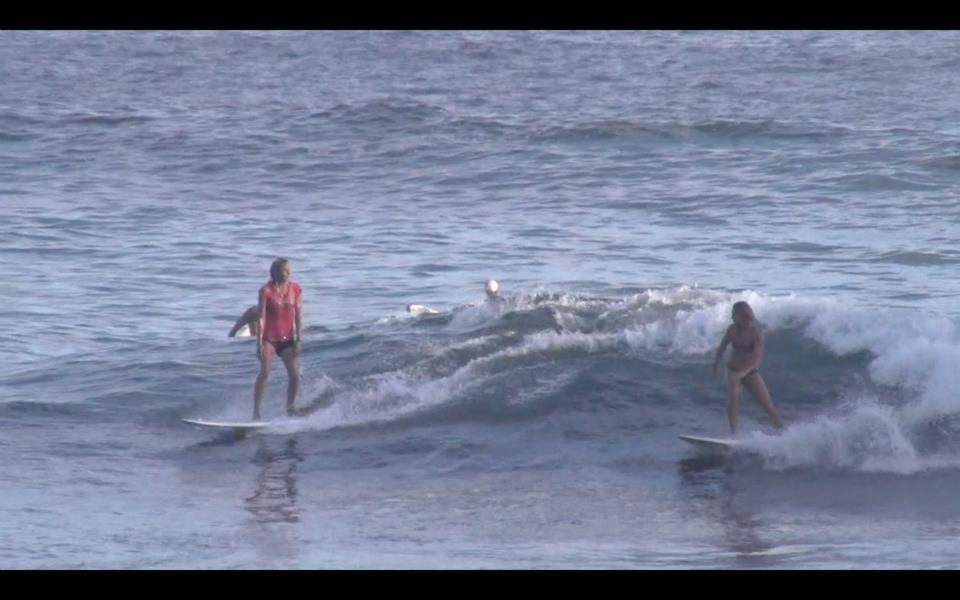 The secret to improving is to come on a retreat with us, then go home, practice, and come back again! Seriously though, the true secret to improving is having a great attitude. On our last couple retreats in El Salvador we had several girls come on their second retreat and I was totally blown away not only by how much they had improved since I’d last seen them but also how much more they improved over the course of the week.
I started wondering what it was that was different about these particular girls. Were they more gifted athletes? Were they just trying harder? Did they have super powers?
I realized that the secret was attitude. Firstly, they really wanted to improve. They were willing to put in the time and effort to take their surfing to the next level. Second, they listened to feedback. It’s always surprising to me when ladies come on retreats claiming they want help, but when I offer suggestions they argue with me. I’ll give a recommendation and then they’ll respond with a list of reasons why they couldn’t, wouldn’t, or shouldn’t. Those types have a hard time improving. The girls featured in the video took suggestions in and put them them into practice right away, and you can clearly see the awesome results.
Third – they spent a lot of time in the water. These girls were the first in, and the last out. After catching one good wave, they didn’t just go in and figure that was good for the day, they paddled back out looking for another.
Watch the video and be inspired!

← The Best Surfing Mindset For Improving
Fashion-forward Surfwear for Ladies →

If you are a beginner looking to dial in your popup, know which board to buy, or figure out how to go down the line, or an intermediate surfer working on nose rides, tube rides, and the detailed differences between surfboards and fins, Holly can help.

She offers instructional videos on topics geared from beginner to advanced surfers and individualized consulting and coaching.